Since our last post, two of the more widely followed economic data points have been released, Q4 2019 GDP and the January 2020 Nonfarm Payroll Report.  Both had solid headline reports; US GDP grew 2.1% (annualized quarterly change) and nonfarm payrolls increased by 225,000.  Digging below the surface and examining the components of both reports provides insight into the overall health and trend of the US economy. 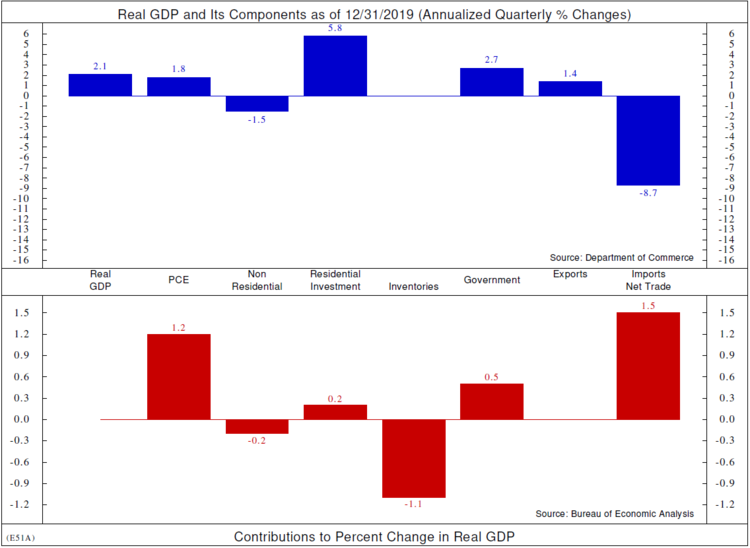 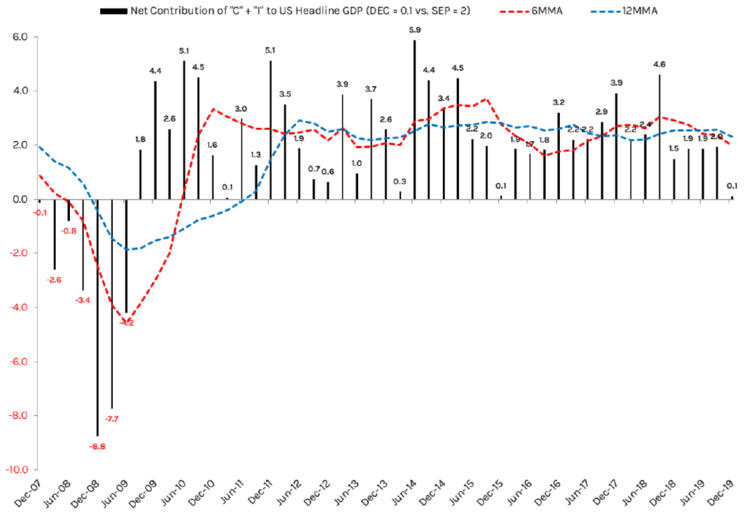 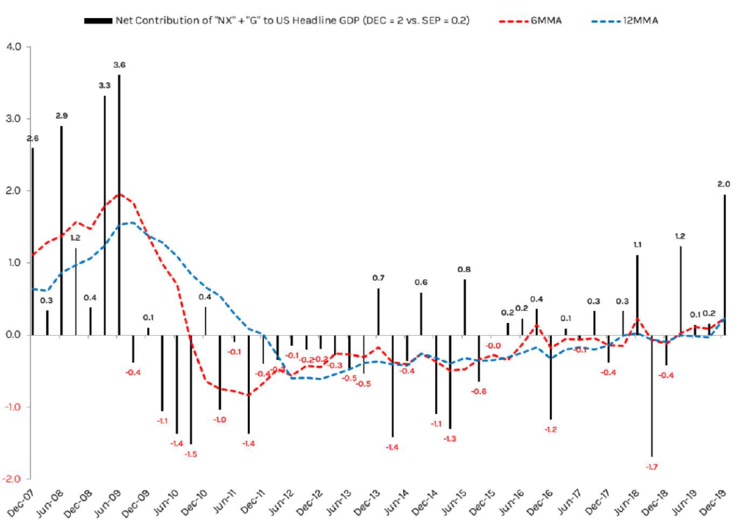 Projecting into 2020, the Q4 report would suggest that either the consumer and corporations need to rebound and start adding to GDP growth in a larger way, the US will need to turn into a net exporting economy, or GDP growth is likely going to continue to slow. 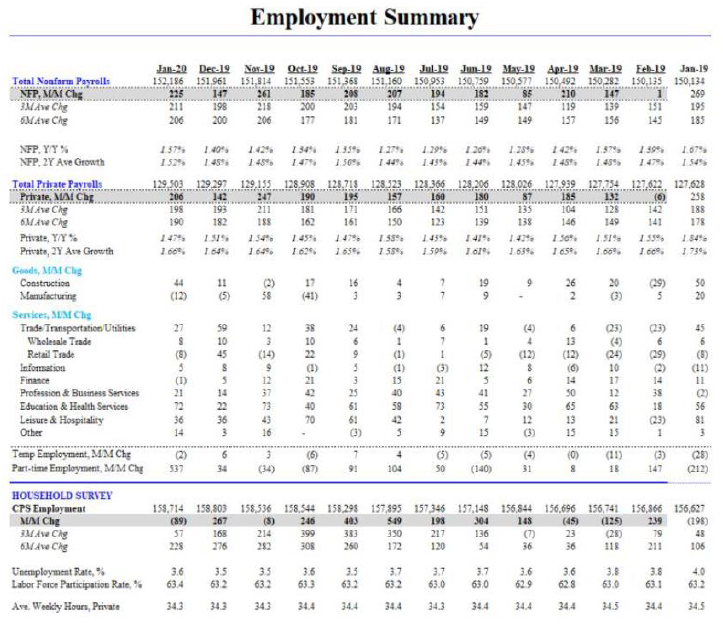 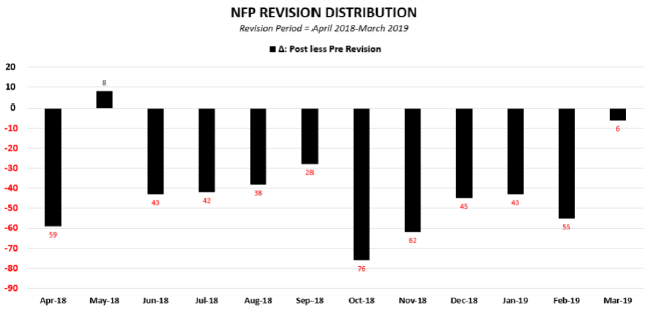 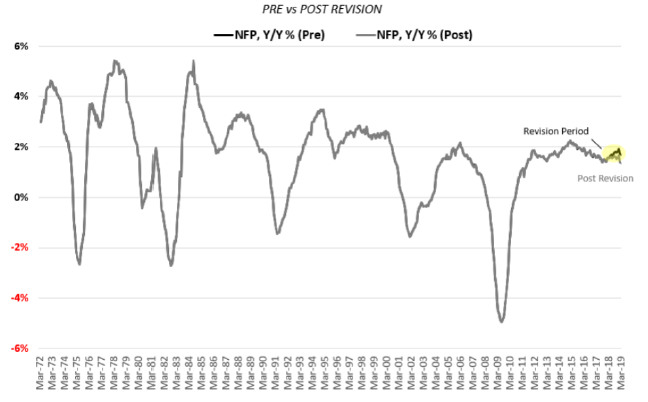 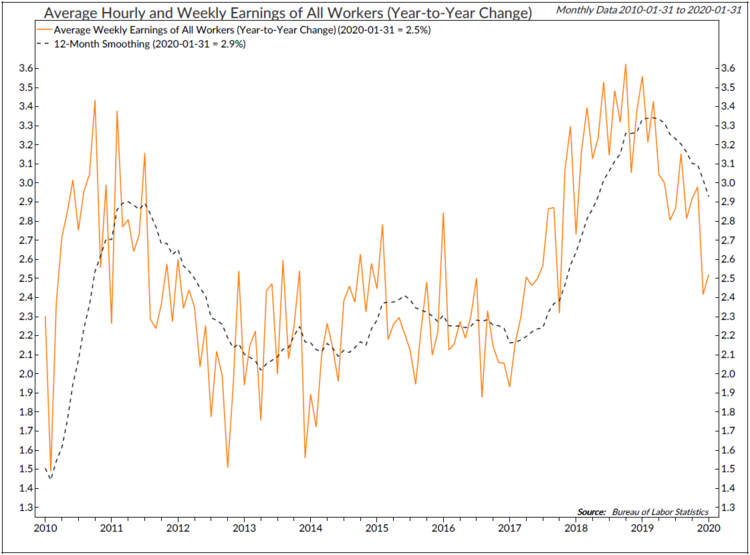 While recent headline economic releases look strong on the surface, there are some concerns about the ability to reaccelerate in 2020.  Corporate profits and capex are going to need to increase in 2020, which should allow for GDP growth to be less reliant on government spending and volatile trade data.