The FOMC voted to begin lowering the Fed Funds Rate in July.  They voted to lower rates again in September.  Some market commentators have started to cite this shift in policy direction as a sign that economic growth should improve, and risk assets should outperform.  Looking at the history of prior periods, the trajectory of the economy and risk assets depends on how much the FOMC has to lower the Fed Funds Rate.

As previously mentioned, the FOMC voted to lower the Fed Funds Rate twice, a total of 50bps.  They are meeting again on October 29 and 30th.  The futures market is pricing in another rate cut at the October meeting and there is a greater than 50% chance of another rate cut at the March 2020 meeting.  If this were to happen, history would suggest that the FOMC is going to adjust their outlook, become more accommodative than originally anticipated, and the chances of the US economy entering a recession in 2020 will increase.

Watching the Fed Futures market and other rates that adjust based on expected changes in the Fed Funds Rates, like the two-year Treasury, are a good way to monitor investors’ expectations for future FOMC moves. 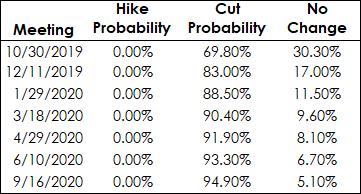 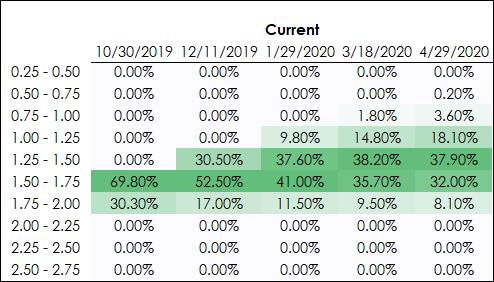 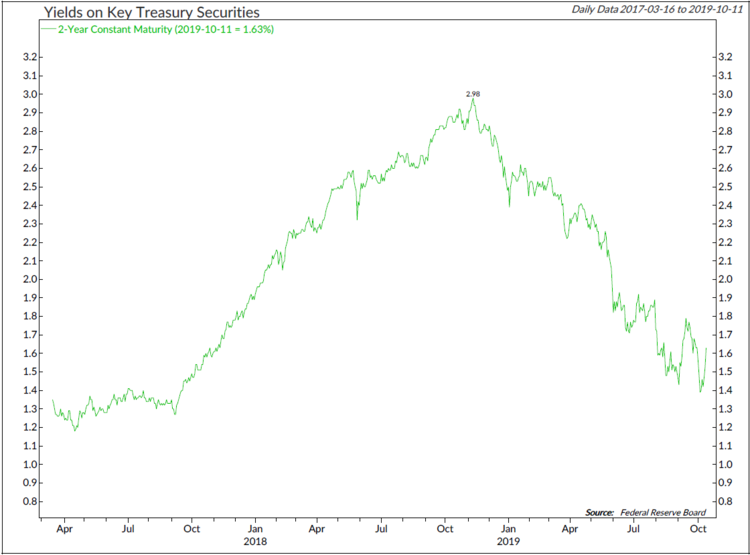