A few weeks ago, we posted a blog sharing our observation that the only interest rates that were increasing were short-term Treasury rates.  Since that time, short-term rates and the future expectations for short-term rates have started to decline.  This has been driven by investors’ increased belief that the FOMC is going to be cutting rates multiple times, and soon.  The most recent version of the Overnight Interest Swap (OIS) forward market, which is a measure of what banks charge each other for overnight borrowing and typically tracks the Federal Funds Rates, shows that investors are expecting OIS rates one year from now to be 95bps lower than current rates.  This would imply there will be nearly four 25bps rate cuts by the FOMC over the next twelve months.  This has led to a large decrease in interest rates that are tied to the Federal Funds Rate (like 3-month T-Bills) and other short-term Treasuries that have started to price in a lower average Federal Funds Rate (like 2- and 5-year Treasuries). 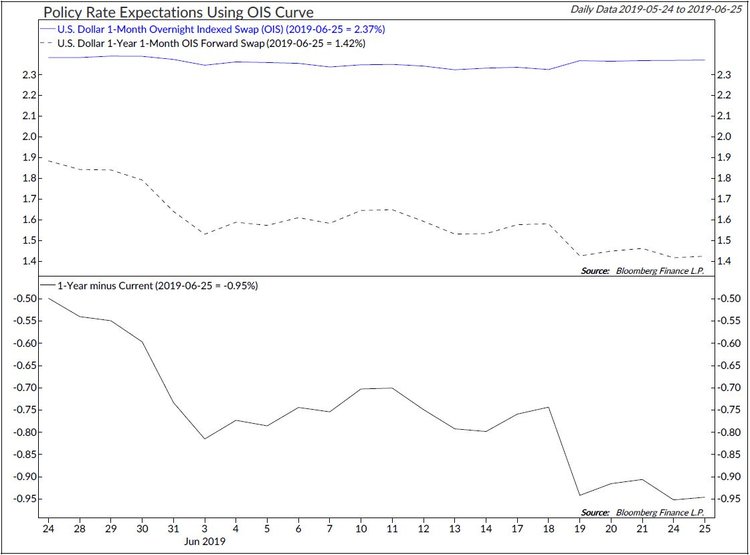 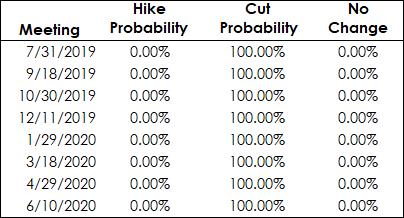 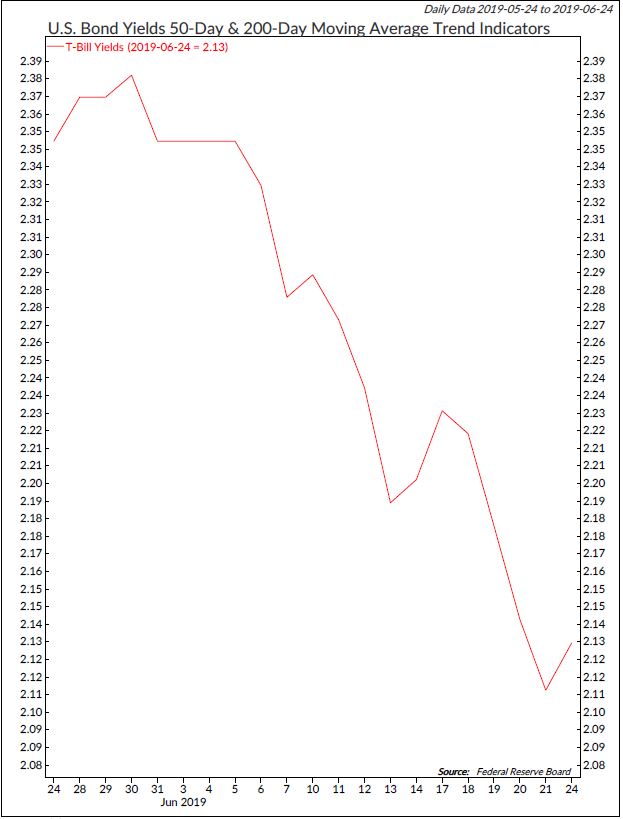 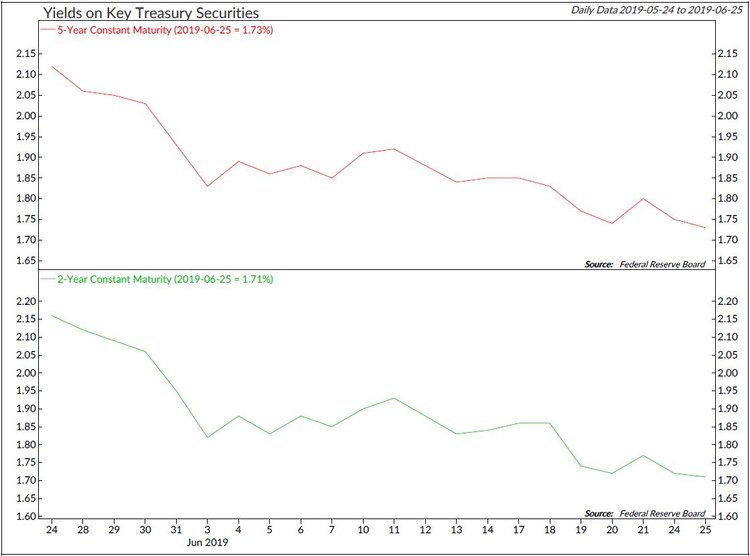 This occurrence is not unusual leading up to the period when the FOMC has started to cut interest rates.  Looking at the last three rate cutting periods, the 3-month T-Bill, 2- and 5-year Treasuries have declined by 60bps, 104bps, and 97bps on average, respectively, three months prior to when the FOMC started to lower the Federal Funds Rate.

The main declines in shorter-term Treasuries have occurred when the U.S. economy enters a recession and the FOMC has cut interest rates more than the market initially priced in.  As mentioned in our most recent post discussing our economic outlook, it is unclear if the U.S. will enter a recession in the next six months.  Either way, we believe the economic data will be weaker which will allow the FOMC to support cutting rates in 2019, and they will likely start to do so in the July or September meeting.  We agree with the current market expectations that they will have to cut multiple times.  In the immediate aftermath, this action will likely impact the T-Bill market, as it is directly linked to the Federal Funds Rates.  The 2- and 5-year Treasuries rates have already declined significantly in the last few months due to the anticipation of eventual rate cuts.  Their rates would likely decline further if investors start to suspect the FOMC needed to cut rates even more than the close to 1% that the OIS forward market has already priced in.

From a portfolio positioning standpoint, in general we believe that it makes sense to stay overweight shorter-term rates at the beginning of the rate cutting period until the data suggests what direction the economy is headed.  If economic data continues to weaken after the FOMC starts to cut rates (especially later cycle indicators like corporate profits, employment, and GDP), it could make sense to increase the interest rate duration of our portfolios as investors price in lower growth and inflation expectations into longer-term Treasury rates. 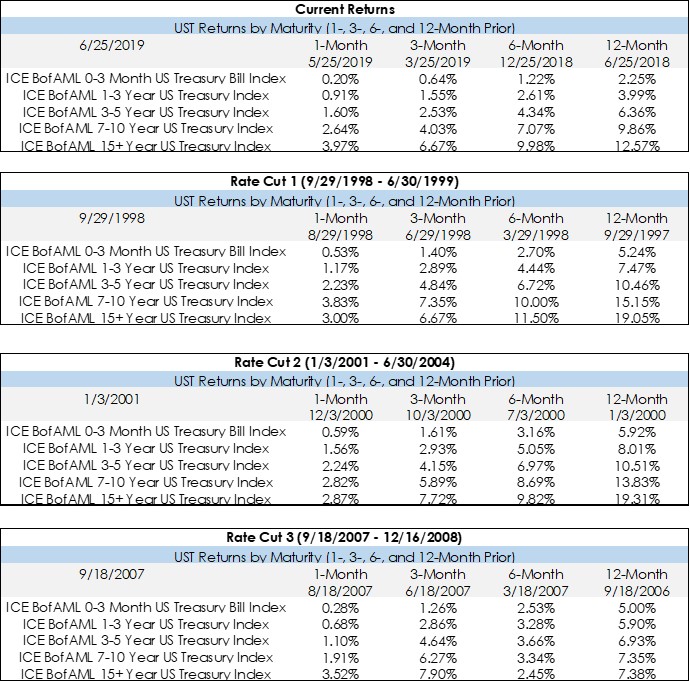 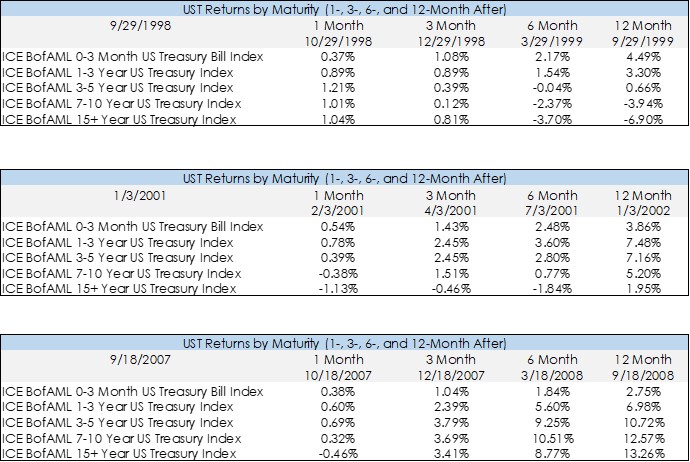