In last week’s post, we reiterated that the global economy is likely to continue declining in 2019.  Portions of the yield curve have become inverted with the 3-month Treasury bill currently yielding 2.44% while the 2-, 5-, and 10-year Treasuries yield 2.19%, 2.15%, and 2.35%, respectively.  This has led to increased discussion and focus on the timing of the next U.S. economic recession.

Let us first address the math around the current shape of the yield curve.  In the most recent FOMC statement, the committee suggested that they do not expect to raise the federal funds target rate in 2019 and lowered their target projections for 2020 and 2021.  In response to this announcement, interest rates moved lower across the curve.  This seems reasonable since the longer maturities should be priced off the expected fed funds rate over the maturity period plus some additional premium.  If the current expectation is that the federal funds rate is going to be lower than what was previously priced in, the absolute level of longer maturities should decline.  The inversion at the front and intermediate portion of the curve (the 2-year being lower than the 3-month, and the 5-year being lower than both the 2-year and 3-month) appears to be investors pricing in a higher likelihood that the next move by the FOMC is going to be a reduction in interest rates, not an increase.  While this is not what the FOMC projections suggest, as they still project one more hike in 2019, it makes sense that investors may be starting to price in rate cuts due to the possibility that the FOMC is done hiking rates.  Historically, the FOMC begins to cut rates within the 15 months following the end of rate hikes.

What does this inversion mean for the economy and markets?

We believe we are getting closer to the end of the cycle: an inversion in the 3-month and 10-year Treasury has occurred prior to each recession since 1977, arising somewhere between three years and less than a year prior to the start of each recession.  The large range of time lags between when the yield curve inverts and when a recession begins suggests that each cycle is unique. The conditions in place when the curve inverts determine the timing of the next recession and the return path of risk assets.  We believe the shape of the yield curve is one indicator of the overall health of the economy.  There are additional signals that are not suggesting a recession in the near-term, such as wages, unemployment, consumer confidence and U.S. ISM Manufacturing PMI.

We are more concerned near-term about the return potential of risk assets, as concerns about economic and corporate fundamentals increase along with market volatility.  The prior two yield curve inversions are a bit of a mixed page in terms of timing, but generally S&P 500 P/E multiples peak in the next 18 months, equity volatility increases, and credit spreads widen.

This idea aligns with our view that economic growth is likely to continue to slow in 2019 and with our general desire to lower the overall risk profile of our portfolios. 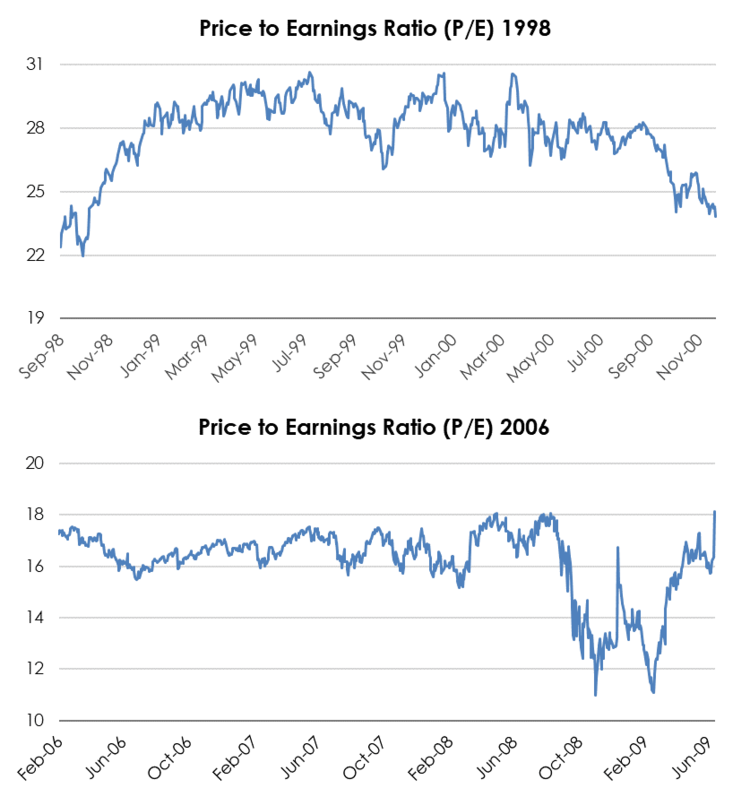 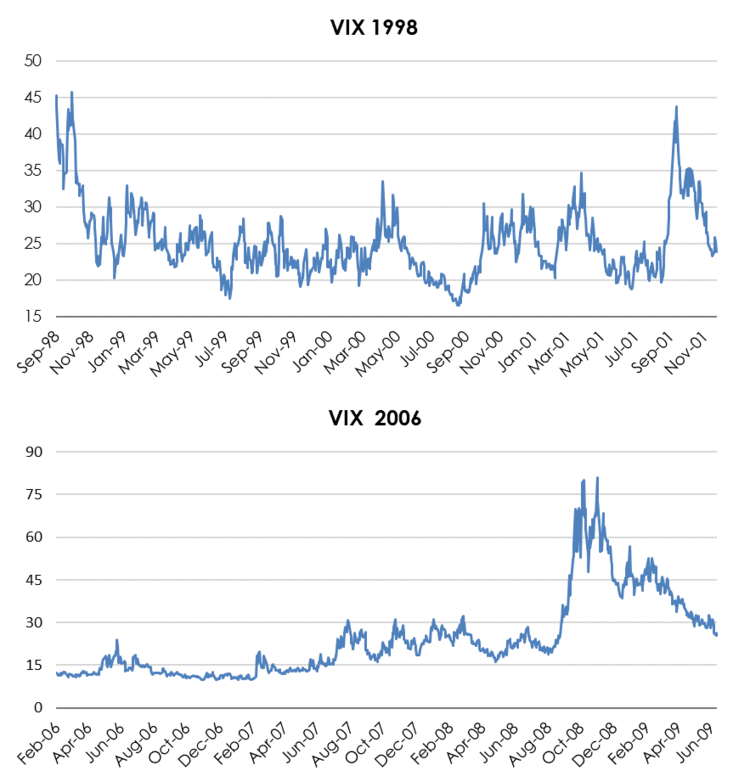 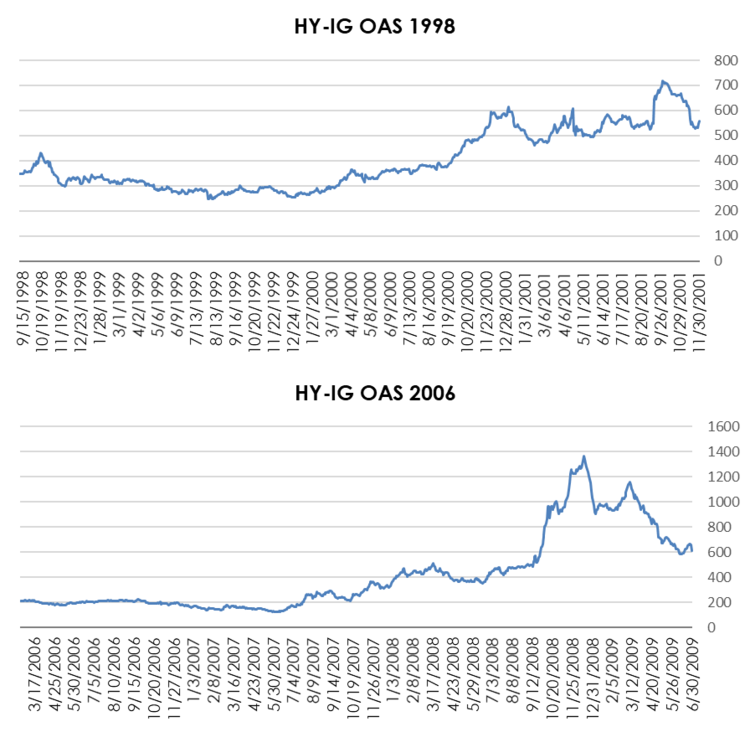